Bhetki macher paturi or bhetki(barramundi) fish paturi recipe with step by step pictures. Bhetki paturi is a traditional preparation of Bhetki or barramundi fish, where basically well-marinated boneless vetki or bhetki fillets are wrapped up in banana leaf for making this recipe either by slow cooking in a greased pan or steamed up.

Actually, paturi is a bengali term, where first fish fillets or pieces are coated well in mustard and poppy seeds, green chilli, coconut paste with mustard oil and then it’s placed in banana leaf, gourd leaf or arbi leaf to fold it up nicely before slow cooking.

Paturi has basically been popular in Bengal for ages, and we prepare lots of paturi recipes with different fish. Though Ilish paturi and bhetki macher paturi recipe both have made their popularity among Bengalis with their traditional touch, nowadays people love to relish chingri macher paturi, rui macher paturi, even chicken er paturi.

As bhetki macher paturi is required slow cooking in a pan greased or without greased with oil, after wrapping it up with banana leaf, so you may easily prepare this recipe in the microwave too. Though I personally don’t prefer to prepare bhetki paturi in aluminium foil, if you don’t get a banana leaf or gourd leaf around, may use it.

A paturi recipe looks difficult to prepare but I always use my own tricks to make it simple with a delicious taste. This recipe perfectly goes with white steamed rice or basmati rice with the wedges of gondhoraj lime or lebu. And I’ve revealed all my tricks through this recipe, to know the secret of this recipe stay with me till the end.

You may try ilish macher paturi recipe and Bengali bhetki fish fry recipe from my website.

Try this bhetki macher paturi recipe at home and please share your valuable feedback in the comment section below.

For making the paturi packet

How to marinate bhetki fish fillets with a perfect mustard paste 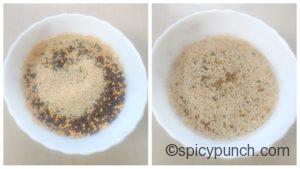 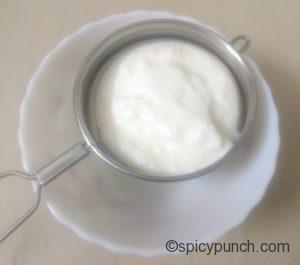 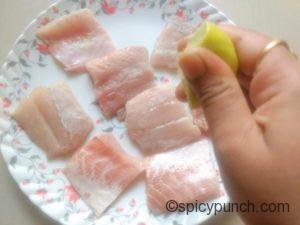 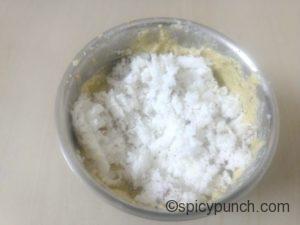 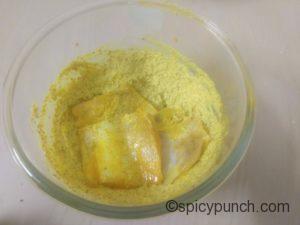 How to wrap bhetki fish in banana leaf 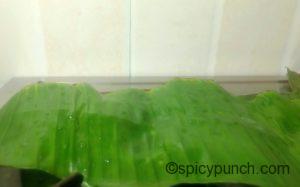